The implication of Brexit for company law and corporate activity will depend on the terms and timing of the UK’s exit. While the main focus to date from a corporate law standpoint has been the potential impact on financial services legislation, the terms of the withdrawal agreement (or of a no-deal Brexit) are guaranteed to affect all aspects of corporate and commercial law for years to come.

It is no surprise therefore that various branches of UK government and authorities have published guidance and assured the sector that contingencies are in place. The UK government intends to secure continuity after exit day by way of the European Union (Withdrawal) Act 2018 (EUWA 2018). The EUWA 2018 will implement the majority of directly applicable EU law, as well as certain EU rights and obligations, into UK law. It will also seek to preserve UK law that implements EU requirements.

Although it is of course not certain, spectators are in agreement that company law is not expected to be detrimentally impacted by Brexit-related legislative deficiencies. As the primary source of company law in England and Wales, the Companies Act 2006 (CA 2006) is expected to remain relatively unscathed. The CA 2006 is the central legislative regime relating to company law and has regulated the incorporation and operation of companies since its inception. This is expected to continue.

Certain of the CA 2006’s provisions have their origins in EU law, such as shareholder rights, disclosure of information and accounts provisions. It may be the case that the UK government, following Brexit, takes the opportunity to review these EU-derived provisions to reduce regulatory burden on companies, but clearly this will be dependent on future negotiations between the UK and the EU.

The parts of the CA 2006 dealing with mergers and acquisitions are not expected to be significantly affected, if at all. More likely, activity in the M&A market will fluctuate as companies react to the final outcome of the negotiations and macro-economic factors.

Commentators are predicting a range of risks as well as opportunities in the months and years following Brexit. Brexit-related risks are likely to draw sharper focus in due diligence exercises, while some non-UK investors or purchasers may take advantage of political uncertainty and associated pressures on the UK currency. Earn-out provisions and mechanisms dealing with adjusting sale terms and post-completion matters are all likely to feature more prominently in key transaction documents to hedge against a possible downturn.

There are also issues to consider in relation to the effect of Brexit on commercial contracts, which are beyond the scope of this note. For example, parties should review whether references to the EU in a document or agreement will continue to include the UK.

This will have particular significance in relation to rights and restrictions which attach to a defined territory; it is sometimes the case that Territory is defined as the EU by reference to its member states ‘from time-to-time.’

Licences of IP rights, the exploitation of trademarks and the enforceability of restrictive covenants are all likely to be scrutinised in the light of such issues of interpretation. Going forward, specifically identifying the UK or expressly providing for member states which leave the EU, would help to avoid uncertainty.

Another key consideration is the extent to which parties may seek to rely upon Brexit-related risks or consequences to enforce certain provisions commonly found in transactional documents to obtain relief.

Examples of such provisions include force majeure, change of control and material adverse change clauses. Attempts to rely upon these protections may become increasingly common-place in the wake of Brexit’s economic uncertainties or indeed the financial position of a party following exit day.

While commentators are discussing the applicability of Brexit to these protections, the legal position is far from clear. For instance, it is widely accepted that the possibility of Brexit triggering a force majeure clause is a remote one, although it may be that a material adverse change clause could be invoked in circumstances where there have been specific financial consequences for one party due to Brexit. Much will depend on the drafting of the clauses, their interpretation and the circumstances a party finds themselves in following Brexit.

Related to this is where so-called ‘Brexit clauses’ have been incorporated into the documents and seek to protect against possible and specifically identified Brexit-related adverse impacts.

While comfort can be taken in that the UK company law regime is likely to remain recognisable post-Brexit, stakeholders should remain vigilant. The precise nature of the relationship between the UK and the EU, and their respective corporate systems, will be moulded by political and economic factors.

UK corporates, and overseas corporates with a base in the UK, or looking to establish themselves in the UK following exit day, should continue to monitor the space. Identifying risks, as well as the possible opportunities, as early as possible will put companies in good stead to weather the corporate landscape after Brexit. 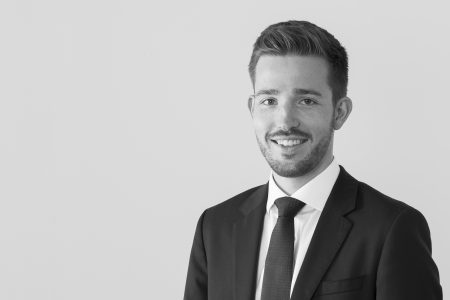