Home Insights Family law: what lies ahead for 2020?

It is nearly the end of the decade and as we look forward to 2020, it seems an apt time to reflect on the developments in family law during 2019 and consider what to anticipate next year.

When judgment in the case of Owens v Owens was handed down in July 2018, it appeared to focus the minds of family lawyers and the public at large of the need to update the legislation governing divorce so that one party no longer had to wait extensive periods of time or ‘blame’ the other spouse for the breakdown of the relationship.

The ‘blame’ facts under current legislation are desertation, adultery or unreasonable behaviour, which all have the ability to unnecessarily increase animosity between the parties. Unreasonable behaviour followed by adultery are the most common facts used within divorce petitions.

Over the course of 2019, calls for the introduction of a ‘no-fault divorce’ which reflected the reality of many divorcing couples, who simply no longer wanted to be in a relationship without it being the fault of either of them specifically, gathered significant public support and political momentum.

A draft bill which removed the requirement to prove a marriage had irretrievably broken down by either time spent apart or by one of the ‘fault’ facts was removed from divorce petitions and replaced with the need for a confirmatory statement by one of the parties that the marriage had irretrievably broken down. This draft bill progressed to the House of Lords in October 2019. The possibility of parties issuing a joint petition is also envisaged by the draft bill. Both these amendments should significantly reduce opportunities for animosity to arise between the parties.

Since the announcement of the general election on 12 December 2019, work on the Divorce, Dissolution and Separation Bill has been suspended. Given the widespread support for an amendment to the present legislation, hopefully the Bill will be reintroduced by the next Parliament and become law in 2020.

Brexit continues to look likely to impact on family law as many other areas of life. Brexit, whether by way of no-deal or a deal agreed between the EU and the UK, is likely to mean changes to the following areas of family law:

How the law is likely to change depends on whether a deal can be agreed or not and so this area is likely to be of considerable relevance over the first few months of 2020 in the lead up to, and immediate aftermath of, the presently anticipated exit day on 31 January 2020.

The latest figures show that the divorce rate of heterosexual couples dropped to the lowest number since 1971. This does not illustrate a societal distaste for divorce but rather reflects that more and more couples are choosing not to get married and instead cohabit. The drop in divorce rate was also influenced by the administrative burden on the court meaning there was a significant backlog of cases to be dealt with and processing times were slow.

There continues to be a trend of people getting divorced later in life than previously. This is thought to reflect both an aging population as well as that more people are deciding to get married later in life. This may translate into an increased focus on arrangements relating to pensions on divorce, and a possible resurgence in joint lives maintenance orders.

Repeat after me: “There’s no such thing as common law spouses”

The misconception that cohabiting couples who have lived together for a long time are ‘common law spouses’ continues to exist. This is concerning as it means that some long-term cohabitees may think that they’re entitled to the same legal protection as married couples by virtue of the length of their relationship when they are not.

Cohabitees do not have any special legal protection in relation to property ownership and are not entitled to maintenance on their own behalf at the end of a relationship. A house owned jointly between a former couple will be dealt with in the same way that a house owned between friends would be. Significant delays can occur and expensive litigation may be necessary if parties cannot decide how the former home should be dealt with (whether being sold or with one person buying the other out).

More worryingly, if the house the former couple lived in is held in only one of their names, the other party may struggle to establish their interest in the property through a limited number of difficult-to-prove claims.

Having a child is transformative in many ways for a cohabiting couple, including that it opens up a number of claims for housing and maintenance should the relationship end, which would otherwise be unavailable to them (although similar claims are available to married couples regardless of whether they have children or not).

There are increasing calls within the legal industry for there to be changes to the law so that cohabiting couples are afforded greater protection and hopefully this will rise on the political agenda during the course of 2020, but until then cohabitees should be aware that they do not have the same legal protection as married couples and may not have an interest in the house in which they are living.

If you would like further advice on any of the above issues, please contact a member of our Family team. 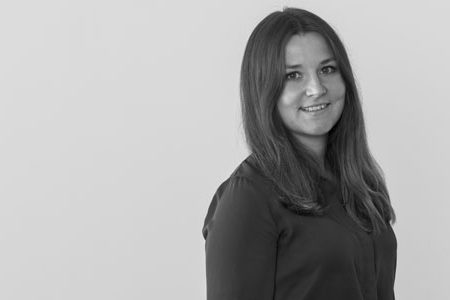