“One client commented, ‘They are extremely hard-working, know what they are talking about and are absolutely scrupulous about client confidentiality’.”

Regulation can often lead to investigation. It can bring with it the need to take pre-emptive steps such as carrying out a confidential internal investigation. It can also lead to needing to co-operate with a public external investigation undertaken by domestic and foreign authorities. In certain cases, you may even be faced with co-operating with a Government inquiry, providing evidence to a parliamentary committee or being a party to a coroner’s inquest.

We advise our clients on all these matters and, where necessary, we will work with a network of the best PR and security consultants, as well as our own reputation management lawyers, to manage the issues you are facing.

If you interact in any way with the regulated sector, public authorities, the Government or the legislature, you will benefit from our extensive experience in this area of the law.

Our lawyers advise businesses operating in regulated industries including broadcasting, advertising, consumer protection, financial services, telecoms and charities, drawing on the firm’s strengths in these sectors to provide advice that is both legally and commercially astute.

We can provide pre-emptive advice on how to achieve compliance, and best-practice within specific sectors. Should regulatory action become unavoidable, we are experienced in dealing with regulators to secure the best possible outcome. Several of our lawyers have held senior positions at regulatory bodies in their previous roles, giving them a unique insight into their inner workings.

In cases where there are concurrent regulatory investigations in several countries, we can help to co-ordinate responses in each jurisdiction.

We also offer comprehensive advice to unregulated companies who come into contact with the Government or regulators on a specific project such as funding applications, planning permission, licences or competitive tendering.

We can provide specialist advice on:

We advised a company called to give evidence to the Leveson Inquiry into press standards.

We acted for a football club in relation to an investigation by the FA.

We acted for Aaron Cook in his high profile dispute with British Taekwondo over its selection process for the London 2012 Olympic games.

We represented three businessmen in their complaint to the United Nations Human Rights Council.

Advertising Standards Authority (ASA) complaints and the regulation of advertising

Health and nutritional claims in advertising

We advised a well-known drinks brand on the regulatory implications of making borderline health and nutritional claims in its advertising.

We advised several content production companies and platforms on the risks of hosting age-sensitive content in a location where it may be accessed by minors, and the potential implications of the Online Harms regime.

We advised a telecoms operator in relation to its rights and obligations on receipt of police requests for information.

We have advised interested parties on the conduct and their participation in high profile proceedings worldwide, such as government inquiries, Parliamentary Select Committees and Inquests.

We represented a telecoms operator in a regulatory challenge to a taxation decision by HMRC, including pursuing a reference to the European Court of Justice.

We acted for a number of applicants who have successfully pursued fairness complaints to Ofcom under the Broadcasting Code.

We successfully sought the Government’s adoption of changes we suggested to outer space regulation.

We advised a non-EU national broadcaster on maintaining broadcasting licences in Europe.

We advised a national broadcaster on the European framework for public service broadcasting.

We advised on a successful appeal to Ofcom against newspaper websites being regulated under the AVMS Directive. 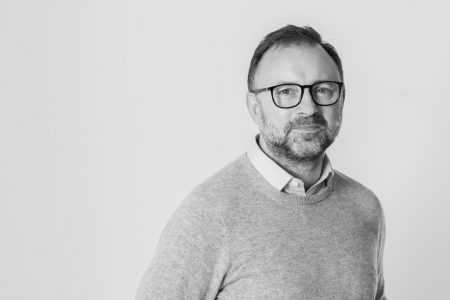