Home Insights The location of crypto: legal and tax implications

Notwithstanding this, the deemed geographical location of cryptoassets has potentially significant implications for owners and investors on questions of applicable law and jurisdiction in disputes, as well as taxation.

In interim decisions, the English Courts have held that there is at least a serious issue to be tried that cryptoassets can be treated as property (AA v Persons Unknown [2019] EWHC 2556 (Comm)) and that the law of the country in which cryptoassets are located is the law of the country where the person or company who owns the cryptocurrency is domiciled (Ion Science Ltd v Persons Unknown (unreported, 21 December 2020)).

The effect of this approach, if the courts maintain it, is that the applicable law would be determined by reference to the domicile of the owner rather than a physical connection between the cryptoasset itself and a certain geographical location, such as the location of the servers where the cryptoasset was mined or where the private key (which allows the cryptoasset to be traded) is held. The applicable law may in turn have an impact on which courts have jurisdiction to determine the dispute.

The analysis by Professor Andrew Dickinson in his book Cryptocurrencies in Public and Private Law was pivotal in the Ion Science case. That analysis was based upon, amongst other things, an analogy between cryptocurrency and goodwill (i.e. the established reputation of a business), which is another type of intangible property. With goodwill, in cases where there is a connection with more than one jurisdiction, the goodwill is located where the premises to which the goodwill is attached are situated.

It is possible that the courts may take a different approach to Professor Dickinson in future; for example, on the basis that goodwill is not sufficiently similar in nature to cryptoassets to necessitate a similar approach. However, it is not easy to identify a better analogy within the existing law on intangible property so, unless legislators intervene, as things stand, the domicile of the owner or investor is potentially of critical importance in disputes regarding the ownership of cryptoassets.

A further complicating factor is that the appropriate approach in any given case may also depend upon the particular features of the cryptoassets in question. There are certain types of cryptoassets, such as security tokens which are linked to assets outside of the distributed ledger system, which may be linked to tangible assets in a particular geographical location. In cases involving those tokens, it may be arguable that the law of the country in which the linked tangible asset is located should prevail.

The deemed geographical location of cryptoassets is also likely to be key when considering tax implications. This is especially relevant for those residing in the UK, but who are not domiciled here (non-domiciliaries). The UK has a special system of taxation for such individuals, the effect of which is to limit the taxation on them to UK source income and gains, and foreign income and gains to the extent they are remitted to the UK.

HMRC’s position is that the “situs” of crypto for tax purposes will be the UK where the beneficial owner is UK resident. This is at odds with the UK remittance basis of taxation and will result in any non-domiciliaries having to pay full UK tax on all cryptoassets held.

Everyday tax planning for UK resident non-domiciliaries is to hold income and gains (and associated assets) which are excess to their UK needs outside the UK, so as not to pay tax here. Many will rely on the support of wealth managers and private bankers. As crypto becomes more mainstream we are seeing many clients acquiring and holding cryptoassets. Where they use offshore assets to acquire crypto, this will amount to taxable remittances in the UK. 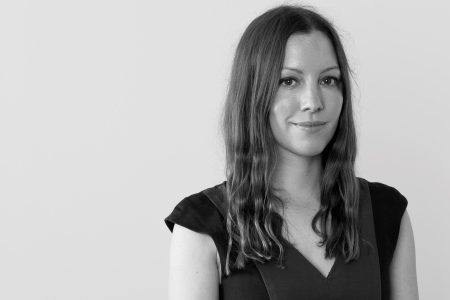