Welcome to our Autumn 2020 Data & Privacy eBulletin, where we look at the ongoing impact of the Schrems II decision, COVID-19 data privacy implications and other recent data developments.

Following the Schrems II decision (see our previous eBulletin for further detail), a couple of key developments include:

The ICO has published a statement which acknowledges the importance of contact tracing to support the fight against COVID-19 and welcomes the development of an effective app.

Significantly less labour intensive and arguably more efficient than traditional methods, contact tracing apps have been heralded as a key tool in the fight against COVID-19. However, these apps have also raised a number of data protection issues due to their extensive collection and use of highly sensitive personal data. In order to maintain public and political confidence in such apps, it is vital that any COVID-19 contact tracing app complies with the key principles of the GDPR:

The ICO has published guidance to help organisations understand how data protection principles will apply to the development and deployment of Artificial Intelligence systems. It includes recommendations on best practice and technical measures.

Lawfulness, fairness, and transparency of processing

A class action has been filed in the High Court against Marriott International following the data breach investigated by the ICO in 2019.

Martin Bryant, founder of technology and media consultancy Big Revolution, is leading the claim for English and Welsh-domiciled guests after more than 300 million customer records from Marriott’s global database, potentially including passport and credit card details, were hacked between 2014 and 2018.

Around seven million British guest records were compromised by the hack, according to the UK ICO, which last year proposed to fine Marriott £99.2m. Concerns, however, have been raised regarding the robustness of the ICO’s approach to enforcement given the multiple extensions agreed by the ICO in relation to the investigation of the Marriott data breach.

The appeal concerned the lawfulness of the use of automated facial-recognition (AFR) technology by the South Wales Police Force. The police deployed AFR on about 50 occasions between May 2017 and April 2019 at public events and sought a watchlist of various persons, including persons wanted on warrants and suspected of having committed crimes.

Mr Bridges was not included on a watchlist but had brought a claim for judicial review on the basis that the use of AFR was unlawfully intrusive, including in relation to his privacy rights under Article 8 of the European Convention on Human Rights and data protection legislation in the UK.

On 4 September 2019, the Divisional Court dismissed the claim on all grounds. Mr Bridges appealed to the Court of Appeal and the appeal was upheld in part.

Some key points to note:

Any organisation wanting to use facial recognition technology should consider the judgment carefully. It is clear that any use of the technology must undergo a Data Protection Impact Assessment which recognises privacy rights are likely to be infringed. 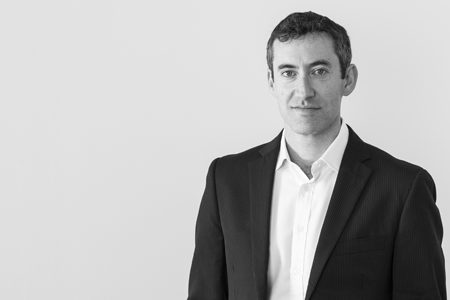