The British Fashion Council’s pre referendum survey found that an overwhelming 90% of respondents wanted Britain to remain in the EU. With the majority of voters disagreeing, UK businesses now face a period of uncertainty. What will Brexit mean for the fashion and retail industry? There has been plenty of discussion about what Brexit will mean in terms of consumer confidence and spending but much will remain uncertain until we have a clearer picture of the post-Brexit political landscape. Importantly this includes whether the UK will seek to remain part of the single market. In this eBulletin we look at some of the key issues fashion and retail businesses should be keeping an eye on.

What impact will Brexit have on data protection in the UK?

UK businesses which process personal data have been preparing for the arrival of the new European General Data Protection Regulation (GDPR). The GDPR is set to have direct effect in EU member states in 2018. The Brexit vote has now called into question the future status of the GDPR for UK businesses. The GDPR will have an impact on UK fashion and retail businesses regardless of which route the UK takes. Our latest Data & Privacy eBulletin looks at the GDPR post-Brexit in more depth.

Will the VAT rate change?

The current rate of VAT is fixed within the EU framework, as directed by the Council of the European Union. This probably won’t apply after Brexit. An immediate change to the VAT rate is unlikely as the existing rate is competitive within the EU (where rates range from 17 to 27%). A change in the VAT rate also has the potential to cause substantial complications and added costs.

How will consumer rights be affected?

Many of the UK’s consumer and digital laws that derive from Europe have helpfully been implemented into the UK by means of UK legislation. As an example, the UK Consumer Rights Act 2015 gives effect to the EU Consumer Rights Directive 2011/83/EU. This means that the majority of the UK’s consumer and digital legal framework shouldn’t change immediately. As time passes, it is possible that any laws derived from the EU will be revised or repealed if they are deemed to be too restrictive or burdensome for UK businesses. However, if the UK wishes to remain a part of the single market, or UK businesses wish to continue supplying to EU countries, compliance with EU consumer and digital laws would appear to be unavoidable.

Many individuals and businesses rely heavily on IP rights and licences. Some aspects of IP law are likely to be affected, whilst others may remain untouched. For example the UK’s participation in the European Patent system will not be affected, as the system exists independently of the EU. The UK could be prevented from taking part in the Unitary Patent Scheme (slated to take effect in 2017) unless the government reaches an agreement with EU leaders. This system will grant uniform patent protection throughout the 25 participating member states based on one application alone.

The UK may cease to be a part of the EU Trade Mark system. Existing European Union Trade Mark (EUTM) registrations would then cease to be enforceable in the UK, although they would continue to apply in other member states. It is possible that a transitional system would be put in place to allow brand owners to ‘convert’ their EUTMs to national UK registrations if this happened. EUTMs which had previously only been used in the UK might be vulnerable to revocation for non-use, as use of an EUTM in the UK would no longer be sufficient to maintain it. Similarly, brand owners would not be able to rely on their unregistered ‘earlier rights’ in the UK for the purpose of opposing or invalidating an EUTM registration.

Registered Community Designs and Unregistered Community Design Rights will no longer be applicable in the UK. The UK may also no longer benefit from The Hague System for the International Registration of Industrial Designs which enables the registration of up to 100 designs in over 65 territories through filing a single international application, although it could reapply for membership.

Will goods tariffs be imposed?

British based designers and retailers have moved their goods around Europe at no extra cost since the advent of the European single market on 1 January 1993. Brexit has raised the possibility of tariffs being imposed in the form of new import and export taxes. This is likely to affect both designers who wish to show their collections in Paris or Milan, and retailers whose collections are made on the continent. Food and drink retailers will also be affected. A recent study by Bernstein Research found that only 15% of the fresh fruit and 55% of vegetables sold in the UK are grown here, with the majority of the rest coming from the EU. Retailers will inevitably have to pass on these costs to consumers who have been used to grocery prices falling in recent years. All of this will of course depend on whether the UK remains a part of the single market. Either way there are unlikely to be any immediate changes to import and export duties.

Many members of the retail and fashion industry are concerned about the effect that Brexit will have on their European employees. The industry relies upon skilled European workers and talented European design graduates. At the moment it is unclear what stance the Government will take on immigration from member states.

What we do know is that there is likely to be some impact on UK employment laws as a result of the UK’s exit from the EU. This may result in less onerous workplace regulation for UK businesses. Many of the UK’s employment rights have been shaped by the laws of the EU, most notably:

Various rights were already enshrined in UK law, or are unrelated to EU policy, including:

Equally, in some areas, UK law goes further than the requirements of EU legislation. As an example the UK offers a statutory minimum holiday entitlement of 28 days per year including public holidays which exceeds the EU’s Working Time Directive’s minimum of 20 days’ annual leave per year. We suspect that such areas of legislation are unlikely to be removed or significantly altered.

The complex rules on holiday pay (particularly their interaction with sick leave) and difficult aspects of the Agency Workers Regulations 2010 may be targeted. The position remains unclear but the Government may move to amend or repeal those aspects of EU-driven law that have proven unpopular with UK businesses.

We asked at the beginning of this eBulletin ‘What will Brexit mean for the fashion and retail industry?’. In the short-term, it is likely that the answer to this is simply ‘uncertainty’. Over the coming months the terms of Britain’s exit from the EU will begin to crystalise and at this point things will start to become clearer. We will continue to keep you updated on developments through our regular eBulletins but please do get in touch if you would like to discuss any of the matters raised in this eBulletin further. 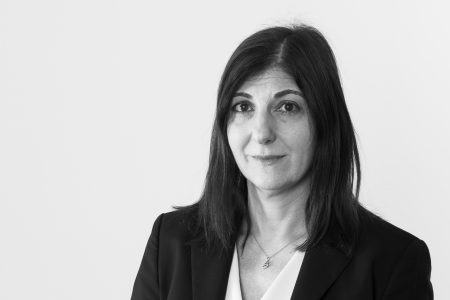 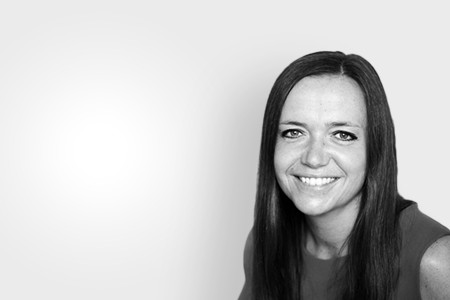