Howard Hymanson provides advice on a comprehensive range of contentious and non contentious employment law issues and is recognised as a leading practitioner by Chambers UK.

He has developed particular expertise in conducting high value discrimination cases, both before the employment tribunal and the appellate courts, as well as High Court. He regularly advises on senior executive terminations, director/shareholder and Partnership disputes as well as restrictive covenant injunctions.

Howard also provides specialist personal injury advice on mental health-related issues, which can have serious implications in a work environment. His experience of high-value, complex employer liability and stress-related High Court claims is wide-ranging and he often deals with multiple jurisdictions and parties.

Howard is a member of the Employment Lawyers Association and sits on its Legislative and Policy Committee. He has also contributed to, and chaired, Working Parties commenting on draft legislation. He is well known for his work dealing with stress claims in the work place.

Howard has written and contributed to numerous articles in national newspapers and specialist trade journals including The Guardian, The Times, The Financial Times, The Telegraph, HR Magazine, HR Review, The Lawyer, Personnel Today and Total Football.

One Head of Employment at a leading regional law firm said the following about Howard: “One cannot underestimate the value of having good, wise and assured counsel because litigation for anyone, especially someone who is not well, is onerous but its burden is lessened by lawyers, and people, of the highest quality.

“The settlement does bring peace of mind and respite not only to me, but also to my family, all of whom have worried about the case, and also supported me emotionally and financially. I’m so pleased I instructed you.”

He is correct in his anticipation of not only the legal responses from an opponent but also their tactical considerations.

Howard Hymanson is exceptional. Calm, canny, and cunning. He’s great at negotiations, in spotting the angles and in getting surprise hefty wins.

He is very approachable, responsive and empathetic. He is especially good in the field of mental health and the duty of the employer to look after their employees.

A go-to lawyer for workplace stress claims; he is an impressive litigator and negotiator who will fight his client's corner and is adept at dealing with complex, high-value claims.

very commercial, very savvy and very easy to work with.

Howard is praised for his ability to 'give direct and pragmatic advice, rather than tell clients what they want to hear.'

Clients says Howard Hymanson 'gives advice that is realistic and empathetic to what we need - he is a very good listener.'

Howard Hymanson is ‘fast-acting and compassionate'.

Howard is an experienced litigator. His client highlight his 'solid, practical approach to litigation'.

Howard Hymanson, who ‘engenders confidence’, is adept at advising on psychiatric injuries arising from the workplace.

Clients say Howard Hymanson 'delivers a gold standard service' and is 'a powerhouse of good counsel and advice'.

Clients say that Howard 'is very creative, the fact that something has not been tried before does not stop him'.

Howard Hymanson is ‘insightful' and ‘knowledgeable'. 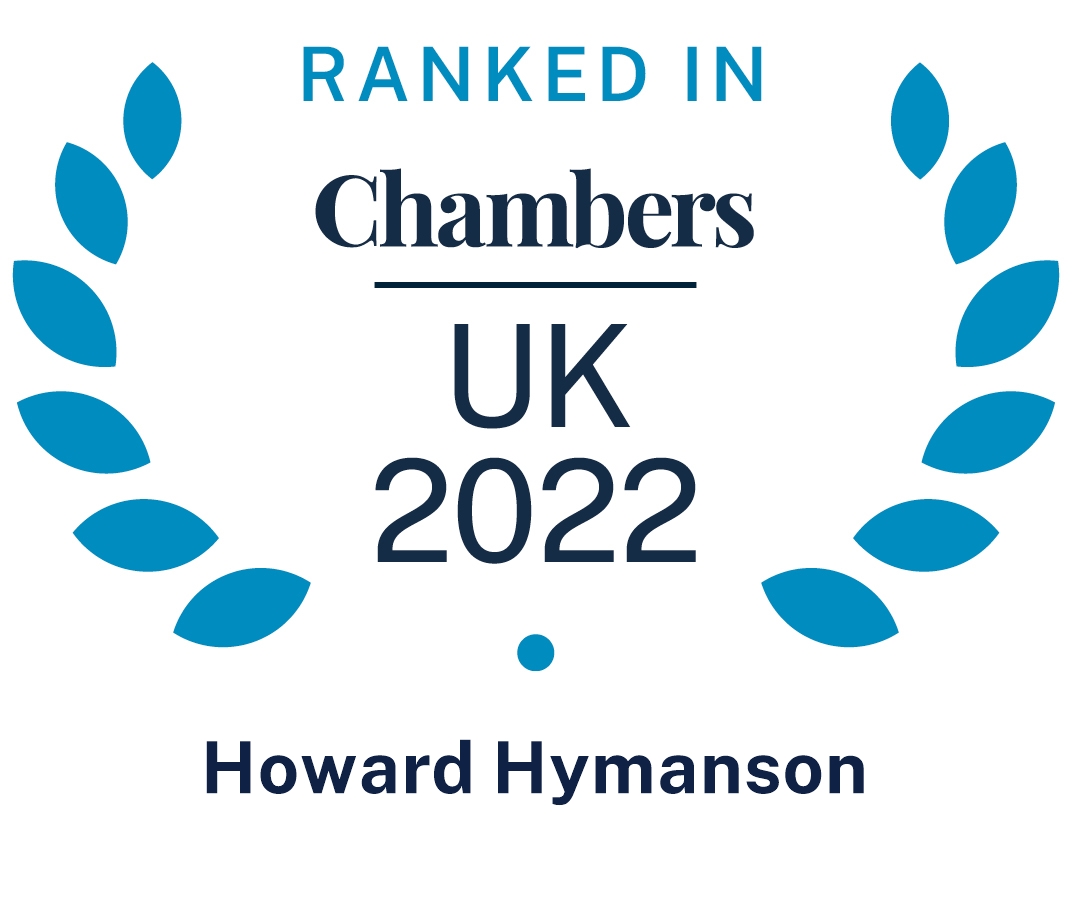