“Harbottle & Lewis has a ‘long-standing reputation as a destination of choice for media and entertainment clients’.”

Our dedicated television lawyers spend their working day responding to the hour-by-hour needs of clients operating in the ever-growing TV sector, ranging from large UK and US production companies and studios to independent producers, SVOD platforms, financiers and distributors. They advise on matters from the creation and development of content through to the production, finance and distribution of content across all medias and platforms. As well as producers, we frequently advise talent, presenters, rights holders and locations on their deals with production companies for TV projects.

We are particularly known for digital exploitation advice. With so many windows of exploitation now available to content producers, maximising revenues often means entering into numerous exploitation agreements and managing that process to avoid conflicts. It sounds obvious, but it can be incredibly complex and difficult to manage. We simplify the process by working closely with our clients to devise innovative deals for exploitation – including international exploitation – as well as monitoring complex exclusivity provisions across deals to ensure there are no clashes.

Another recognised strength is on the financing side where we act primarily for producers rather than lenders. Financing models are becoming increasingly complex but our exposure to them day in, day out means we can very quickly translate and simplify these for our clients.

We advised Hat Trick on the financing of new television productions Doctor Thorne, scripted by Julian Fellowes for ITV, and The Secret, a four-part ITV drama starring James Nesbitt.

We provided CBS with advice on the production of The Late Late Show with James Corden, an American late-night talk-show.

We advised Vaudeville Productions (a specialist television producer and maker of Derren Brown shows) on various projects including The Next Great Magician for ITV.

We acted for Magic Light Pictures on their acclaimed animated television specials The Gruffalo, The Gruffalo’s Child and the Oscar-nominated Room on the Broom, as well as their new special Revolting Rhymes based on the Roald Dahl collection of retold fairy tales.

We advise the Royal Family in relation to broadcast issues, recently including those associated with the Royal Weddings. 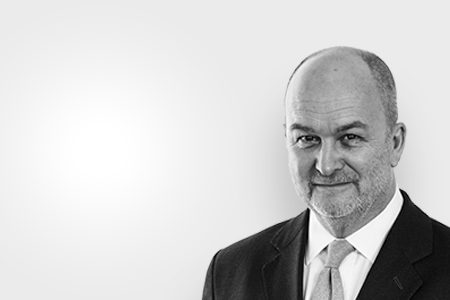 One client said, 'They're very good at knowledge-sharing. We get invites to seminars and they'll pick up the phone if they think something might be relevant. They're very proactive in understanding our business's requirements'.

Harbottle & Lewis has 'strong technical knowledge combined with commercial and practical advice, and they really understand issues from a client's perspective'

Clare McGarry, one of our Film & TV senior associates, shares her views on NFT disputes in film and TV in an article for C21 Media.