Jonathan Berger advises on the development, acquisition, production, licensing and distribution of all forms of content, including feature films and television programmes in traditional media and on digital media networks and platforms.

Jonathan is consistently ranked in Legal 500 and Chambers and has previously been named in The Lawyer’s “Hot 100” List.

Jonathan is a member of BAFTA.

Jonathan is really great, we trust his knowledge and insight.

A source said 'He is pragmatic and has good ideas about finding a way forward.'

Jonathan Berger is highlighted for his 'very deep understanding of film law' and wide-ranging TV expertise.

Jonathan Berger is ‘a strong negotiator’ and is highly recommended for his expertise in the film and TV sectors. 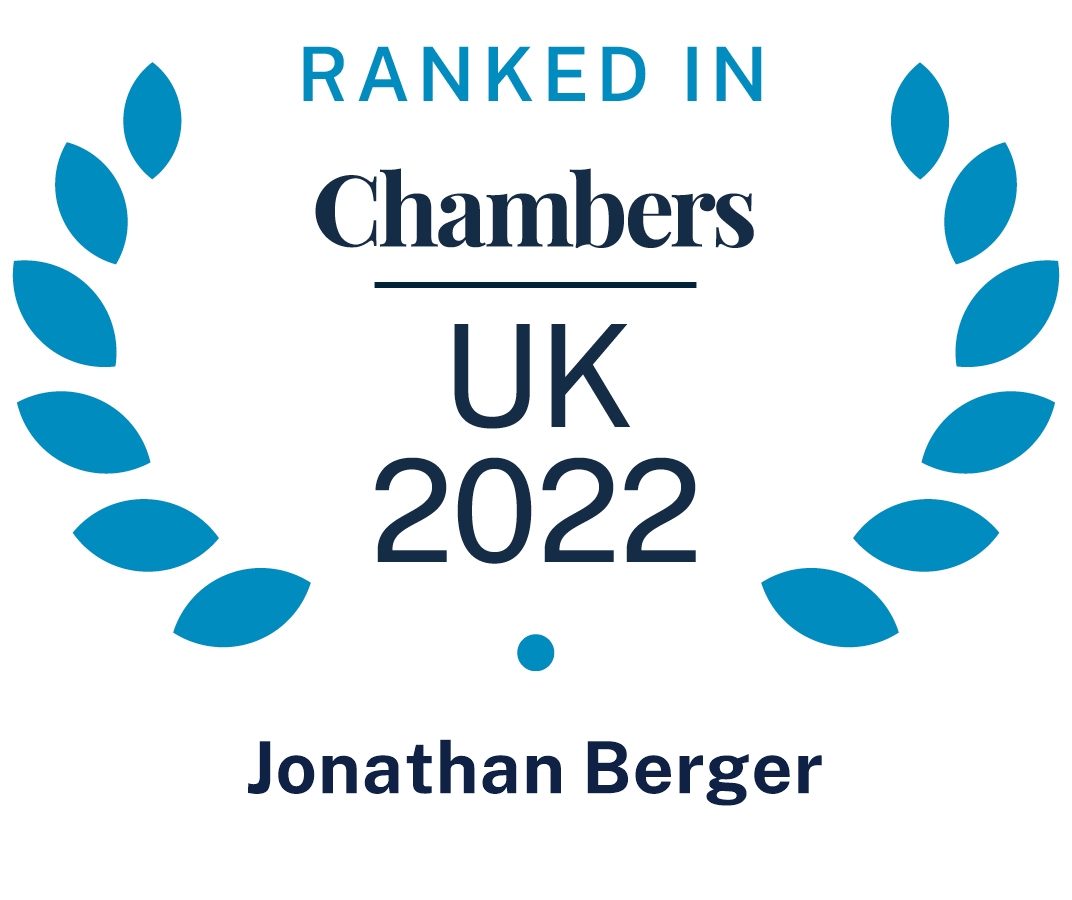