Jonathan Burt has spent 25 years advising international entrepreneurs and wealth owners. His clients typically have a connection with the UK through tax residency or domicile, or invest in UK businesses or real estate. His clients invariably have interests in trusts or companies, often outside the UK, which hold businesses or investments.

He is an expert adviser on UK resident non-domiciled individuals, their assets in and outside the UK and their trust structures. He does a great deal of cross-border estate planning for international families who hold assets in different countries. He often advises on people moving countries and the tax and immigration issues which those people must consider.

Jonathan often advises on the key issue of how assets should be properly controlled through the ‘life cycle’ of a family and its businesses. In doing this, Jonathan typically addresses the ‘milestones’ a person may go through including marriage, children, divorce, incapacity and death, and analyses the impact of these events on the assets in which that person has an interest.

Jonathan draws on the experience he gained when he was a managing director of Barclays’ trust companies. He has found this experience invaluable in helping him to understand how trust businesses work commercially and to assemble the appropriate team of trustees and advisers to support properly the structures people create to control their wealth.

Jonathan also works with his clients to ensure they are tax compliant in the jurisdictions in which they are resident or hold interests. This has become all the more important given exchange of information programmes such as FATCA and the common reporting standard. Jonathan has experience of dealing with these programmes, both from his time working for Barclays and providing clients with legal advice. He also has experience of advising on exchange of information programmes.

Jonathan learned about cross-border succession planning when he worked for Baker McKenzie’s wealth management division between 2001 and 2007. He became a partner there in 2004.

Barclays Bank subsequently headhunted him to become a managing director in the bank’s Wealth Advisory group. This comprised Barclays Wealth’s international tax, trust and insurances businesses. Jonathan worked for Barclays between 2008 and 2012 during which time he travelled extensively in Africa and the Middle East meeting clients of the bank and promoting the bank’s wealth advisory services.

In 2012, Jonathan joined Harcus Sinclair as a partner where he built his legal practice working with a number of wealth individuals and their trustees. He became a partner with Harbottle & Lewis in 2018.

Jonathan is a member of the Society of Trust and Estate Practitioners (STEP) and in 2015 STEP nominated him in their Annual Awards as Trusted Advisor of the Year.

He has been regularly listed in the Citywealth Leaders List and is included as one of Citywealth’s Top 20 Men in Wealth Management.

One of those people that can really think outside of the box - he approaches matters from a different perspective, which is a real skill for very complex and complicated situations.

[Jonathan] is phenomenally good at technical and complex matters and is highly regarded for tax planning issues. His attention to detail is incredible; he spots things in files that others would never have spotted.

[Jonathan] takes his time to think about things, his advice is very clear and concise and he has an unbelievable amount of trustee knowledge. He can handle complex family matters seamlessly and his knowledge is second to none.

Jonathan is a highly skilled lawyer who delivers good quality advice in a timely manner.

He is very technical and capable and wins the loyalty of clients with his technical attention to detail and enthusiasm.

Jonathan Burt is described as 'one of the best tax solicitors in London.'

He's incredibly bright, he's got a brain that runs faster than most. He's really outstanding.

Jonathan Burt has been ranked among the top UK lawyers in the Spear's 500 Index 2022. 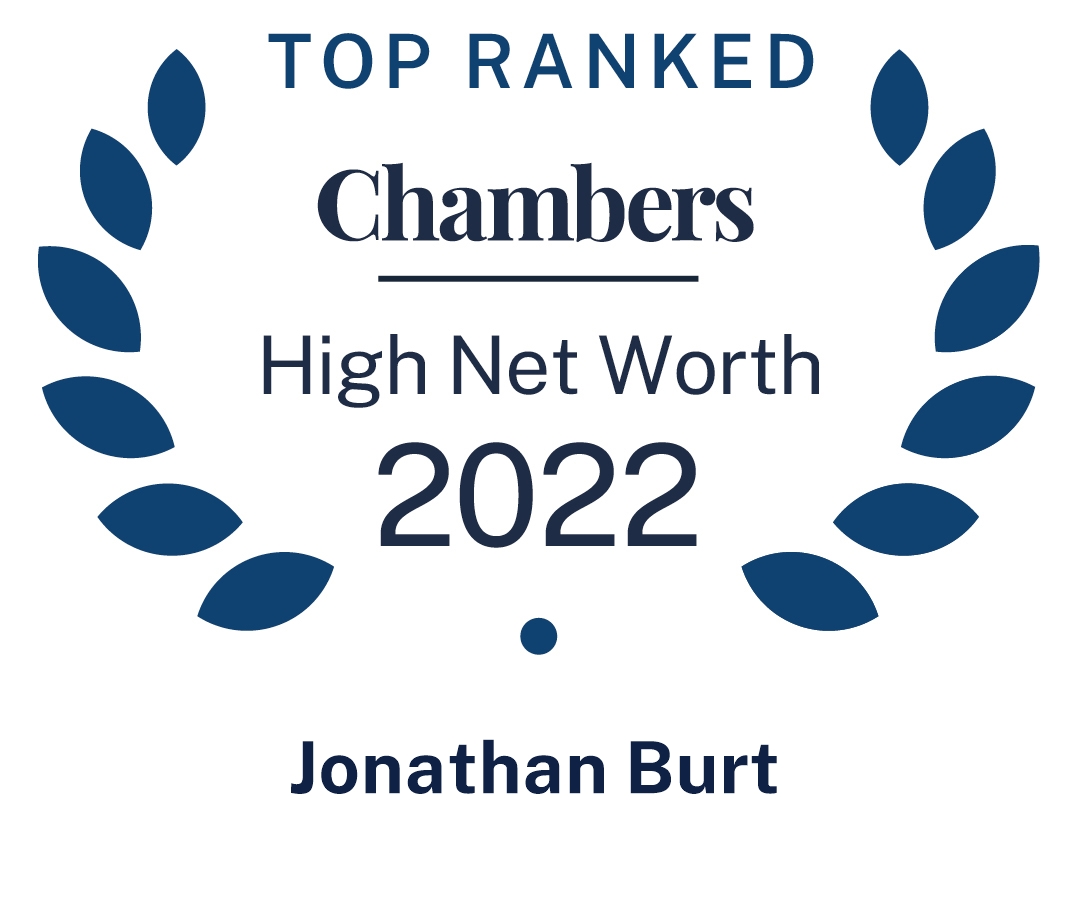