Marian Derham advises clients on a full range of contentious and non-contentious employment law issues for employers and directors/senior executives.

Marian has developed particular expertise acting for senior executives/directors at the highest level in sectors including, TV, Film, Theatre, retail and fashion, advertising and publishing, investment banking, and professional services, negotiating and advising on both exit strategies/termination packages and contractual arrangements.

Examples of Marian’s work for employer clients include:

Examples of clients that Marian has acted for includes:

Marian has celebrated a career of more than 30 years at Harbottle & Lewis having joined in October 1984, becoming a Corporate partner in 1989. She founded the Employment Group in 2000.

I am happy to continue to rely on her high-quality advice as I know I’m going to be looked after well by her; Marian is very strong technically, ready to fight my corner, clear in her advice, and also very responsive and timely.

I felt very confident in Marian’s advice, which she gave in a way that I clearly understood, and I also felt that she understood the specifics of my industry.

Marian was exceptional. She was extremely thorough, concise and reassuring in a complex exit strategy that involved a legal landscape I rarely deal with. I absolutely recommend her.

There are no words for my immense gratitude for your help and skill in achieving this settlement.

Marian has supported me on several high profile employment contracts. She is lightening quick and has a forensic attention for detail, even at speed. She also has a fantastically calm and efficient manner which was invaluable. I recommend her very highly.

Marian Derham brought an amazing range of qualities to the task. She was absolutely brilliant at manoeuvring the twists and turns of my situation and in briefing me on what to do. She enabled me to be much stronger than I would normally have been in a situation such as mine and was an inspiration to me.

Marian is a highly discreet, thoughtful and impressive professional. She is also a tough and decisive negotiator who cuts through all manner of complication to get to the heart of the matter. Her immediate grasp of any evolving and complex situation meant she provided me with consistently valuable counsel, reassurance and a strong sense of direction and progress. I would recommend her unreservedly for any employment related work

The team, led by Marian Derham, were outstanding throughout a very difficult period and I found them to be responsive, thoroughly professional and patient. I found them to be people with a real interest in my case and determined to help resolve the issues. Very impressive client service.

I just wanted to say a huge thank you to you and your team for working with me recently. You did an amazing job and helped me through what was a very difficult time

Marian worked with me to obtain an acceptable agreement with a long term client. Throughout the process she was extremely supportive, diligent and professional and most importantly she achieved the best results

Marian Derham is obviously a leader in her field. The ability to balance the awareness of the personal/emotional implications of working in employment practice but without losing the professional clarity required by her client is a difficult one to achieve but one she manages exceptionally well.

Your help is most appreciated and you have done a tremendous job, thank you. I remain impressed with you and your team and wish you continued success with your practice.

Global Head of HR at an International travel company

Thanks for doing such an amazing Job! I really appreciate your help and support.

Marian Derham – an experienced and wise advisor. Thoughtful and detailed in her responses, Marian enables us to feel secure when navigating challenging issues beyond our experience.

The advertising industry is a complex one and Marian has an in-depth understanding of the sector and the dynamics that power it. She is also a pleasure to work with; patient, straightforward, fair, tough for the right reasons and incredibly fast. I would not hesitate to recommend

Tax issues and people working in your business 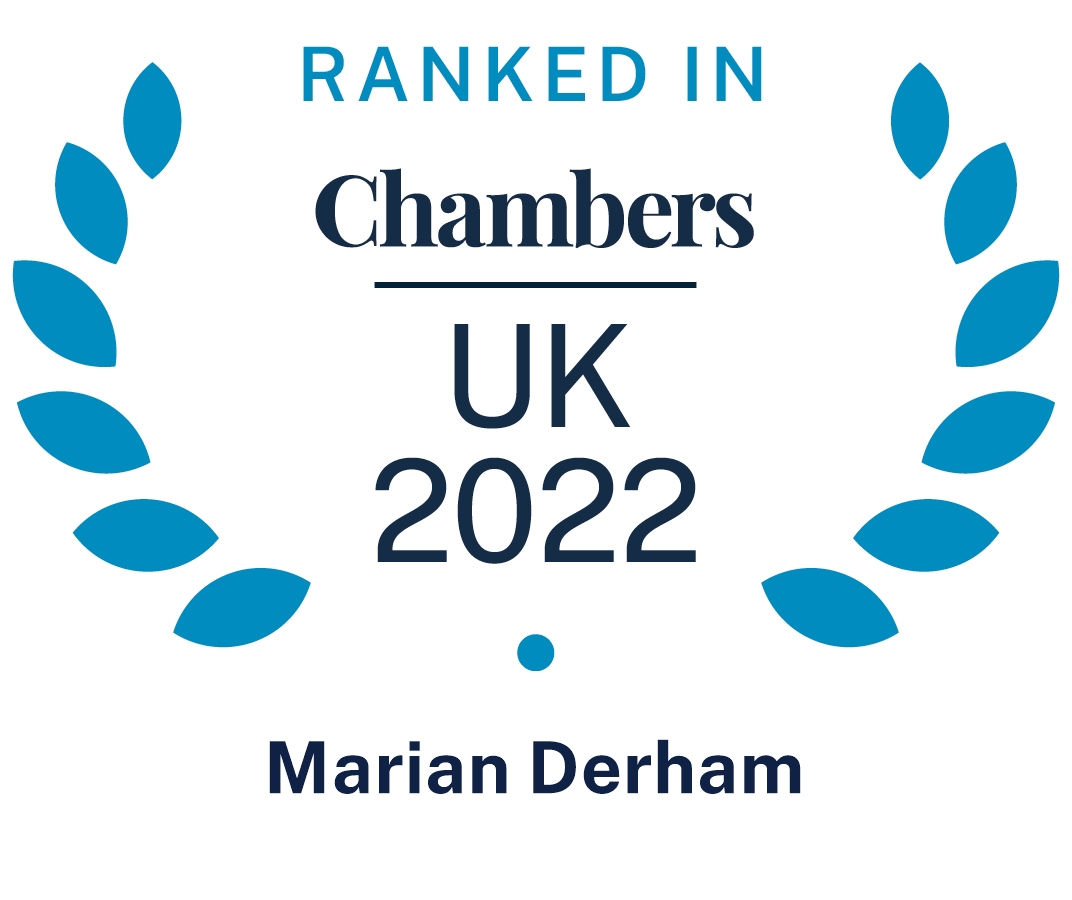